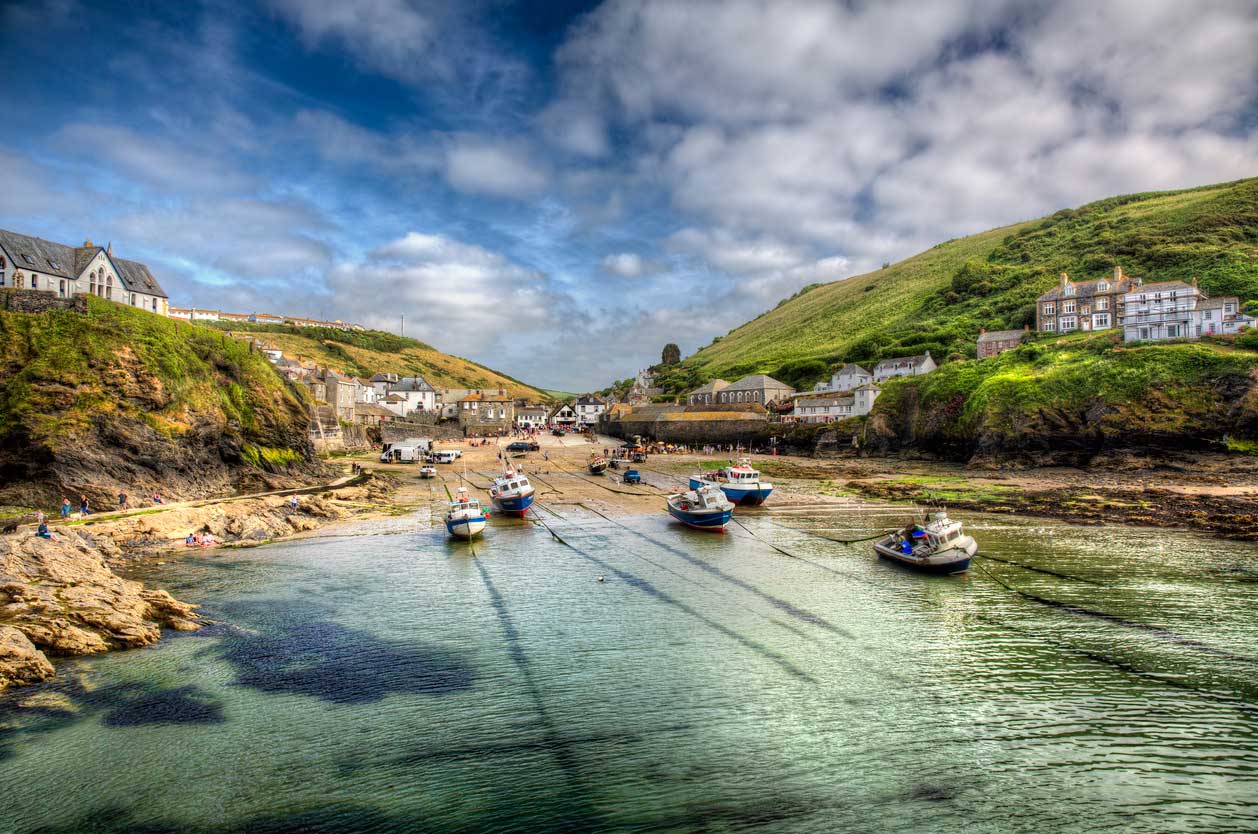 Within a short drive of Lanteglos you will find sandy beaches, pretty fishing harbours, areas of outstanding natural beauty, picturesque seaside towns and idyllic countryside to explore. It’s easy to see why so many film and television crews choose Cornwall as their backdrop.

Altarnun
A charming Bodmin Moor village with a 15th century packhorse bridge and the outstanding parish church of St Nonna, known as the ‘cathedral of the moors’.

Blisland
A classic moorland village, complete with village green and the part-Norman parish church of St Protus and St Hyacinth, described by Sir John Betjeman as ‘dazzling and amazing’.

Bodmin
Once the county town of Cornwall, attractions at Bodmin include a notable 15th century parish church, with the remains of a monastery and priory, and a Tudor Guildhall. Bodmin Gaol, once the scene of many public executions, is now a tourist attraction. There’s a steam railway, great fishing, access to the Camel Trail, and the grand houses of Lanhydrock and Pencarrow are nearby.

Bodmin Moor
Granite moorland of outstanding beauty, with an abundance of Neolithic and Bronze Age remains. Nearby is Dozmary Pool of Arthurian legend, and Sibleyback Lake Park.

Bude
A prime north coast resort with miles of sandy beaches that are ideal for surfing, with rock pools and a tidal swimming pool. Each summer Bude hosts a jazz festival.

Camelford
This historic town makes a good centre for a walking holiday. Attractions include museums, galleries and an arts centre. There’s also good fishing at nearby Crowdy reservoir.

Constatine Bay
One of a succession of fine sandy beaches adjoining Trevose Head, with a links golf course and excellent cliff walks.

Crackington Haven
A small cove overlooked by the highest cliffs in Cornwall.

The Eden Project
An awe-inspiring tribute to the natural world. https://www.edenproject.com/

Falmouth
Surrounded by water, Falmouth is home to the amazing National Maritime Museum, with state of the art interactive displays. https://www.nmmc.co.uk/

Fowey
An historic seafaring town, which hosts an annual Daphne du Maurier festival every May.

Land’s End
The most westerly point on mainland Britain, offering awe-inspiring views out towards the Isles of Scilly.

Looe
A holiday resort full of character, with sandy beaches and a bustling quayside featuring the unique Banjo Pier. Nearby there is a monkey sanctuary.

Mevagissey
A working fishing port, where pretty cob cottages spill down to the harbour from the steep valley. Nearby you’ll find beaches at Portmellon and Gorran Haven, and the outstanding Lost Gardens of Heligan.

Newquay
Unquestionably Cornwall’s busiest resort, and the UK’s centre for surfing. The town overlooks a succession of fine beaches. There’s lots to do here, from the zoo and the aquarium, to the lively nightlife.

Padstow
A picturesque and busy harbour town, made famous by Rick Stein’s Seafood Restaurant. Padstow is built on a hillside overlooking the Camel estuary, and has many fine mediaeval buildings.

Polperro
A showpiece harbour village, featured on many chocolate boxes. Tightly packed cottages tumble down to the quay.

Polzeath
A fine bathing and surfing beach. St Enodoc church near Polzeath is the last resting place of Sir John Betjeman. Nearby Rock is popular for sailing and windsurfing.

Port Isaac
This pretty village has been a fishing harbour since the Middle Ages, with narrow twisting streets, fish cellars, geranium-filled alleys (‘drangs’), and a tiny beach.

St Ives
Magnificently situated, overlooking a spectacular crescent of beaches. The fishing quarter is a warren of ancient stone cottages, cobbled lanes and alleys. Famous as an artist’s colony, galleries abound in St Ives, including the Tate and the Barbara Hepworth Sculpture Garden.

Tintagel
The legendary birthplace of King Arthur, and site of his 13th century castle.

Truro
Cornwall’s commercial centre, with plenty of shopping, an impressive cathedral and some fine examples of Georgian architecture.

Wadebridge
A busy market town, and the ideal place from which to hire a bike and cycle the Camel Trail

The hotel, bar and restaurant are currently closed due to staff shortages. We will keep you informed when this changes.